WHY QSR GOT STARTED:

Our first insight to the importance of a compliant electrical safety program was the discovery of maxed out protective relay settings on a switchgear lineup. This consisted of a dry-type transformer, a main breaker, and half a dozen or more feeder breakers.

We wondered if a potential electrical fault would even be seen by the maxed out breakers, or if a serious arc-flash or blast would occur under a fault condition. When breakers are set above their calculated short-circuit values, they won’t see an electrical fault. Arcs ionise the air (electrifying it, the same way a lightning bolt ionises the air, letting it grow and travel). The arc becomes unrestrained and propagates across all phases shorting it.

We reduced breaker settings to reduce arc-flash risks and coordinate for reliability. Months later an electrical fault occurred; a feeder breaker tripped, and a single building was automatically isolated, as intended. A manager asked a worker to reenergise the building; and that same breaker blew up (arc-flash event) as the worker closed in on the electrical fault; many more buildings tripped.

We did a calculation to see what would have happened if those maxed out settings were not reduced (ie. No arc-flash study done). It revealed the main breaker would not have seen that fault, and an arc-blast with 10x higher energy would have exposed the worker to extreme temperatures – nearly twice as much as his PPE was rated for. It is expected there would have been at least a lost-time injury

The learnings revealed that maintenance workers may alter breaker settings – putting operators and other electrical workers at higher risk; management may demand a reset without inspection; and there were no written safety procedures on how to handle a tripped breaker. Thankfully safety training was provided prior to the incident and the worker wore PPE and was not harmed. This event revealed the need for companies to develop adequate safe work procedures and training for both electrical workers and non-electrical workers. 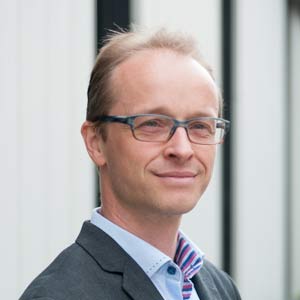 Nick Wallace, P.Eng., is the Owner of QSR Electrical Engineering a total solutions provider for engineering based electrical safety consulting services based out of Sarnia, Ontario Canada. Nick has worked in both industrial oil & gas corporations and engineering consulting since 2002. Nick is a dedicated, passionate independent Electrical Safety Professional.

Nick is an instructor and author of electrical safety programs at various safety training facilities, and at QSR in Sarnia, Ontario.